Dayanand Saraswati, the founder of AryaSamaj is known for his censure on various religions and beliefs. He has criticised almost every religion or saint in his book Satyarth Prakash be it Jesus Christ, Prophet Mohammed, Guru Nanak Dev Ji, Guru Gobind Singh Ji, Kabir Sahib or anyone else. He was obstinately convinced of the correctness of his own opinions and was prejudiced against anyone who differed from his thinking. In a way he has tried to portray his superiority.

However, the Arya Samaji Acharyas could not withstand hearing the reality about Maharishi Dayanand’s life and views in Satyarth Prakash. They could not digest the fact that Swami Dayanand used to consume cannabis (Bhang), sniff and smoke tobacco and hukkah. Rather than accepting the truth they resorted to violence which was evident in the Karontha incident.

Satyarth Prakash is a compilation of views of Dayanand Saraswati. The Arya Pratinidi Sabha in their opening note in the book have described Satyarth Prakash as a “Masterpiece” and Swami Dayanand as a symbol of “Ultimate Morality” and “Spiritualism”. Sant Rampal Ji flashed a spotlight on the literary work of this so called “Great Sage” and his ludicrous concepts about God, Spirituality, accounts of immorality and lack of general knowledge about heavenly bodies.

Let us take a look at a few such accounts of Dayanand Saraswati whereby the audience can make an informed decision on what is acceptable and what is fallacious.

The autobiography of Dayanand Saraswati reveal that he was hooked to cannabis in 1856 and used to remain intoxicated and comatose under its effect. 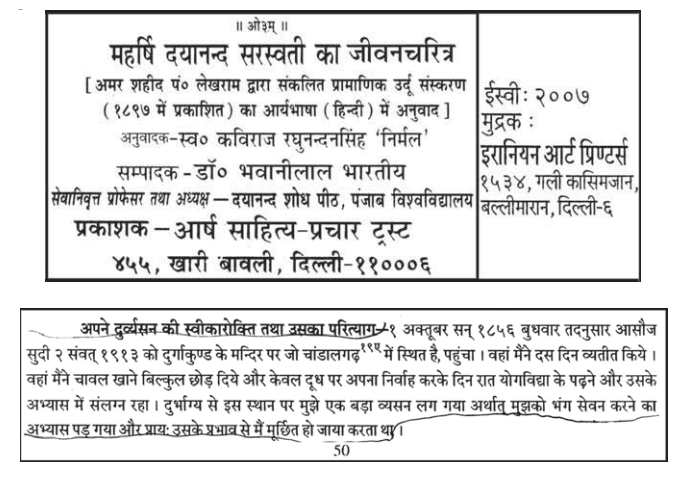 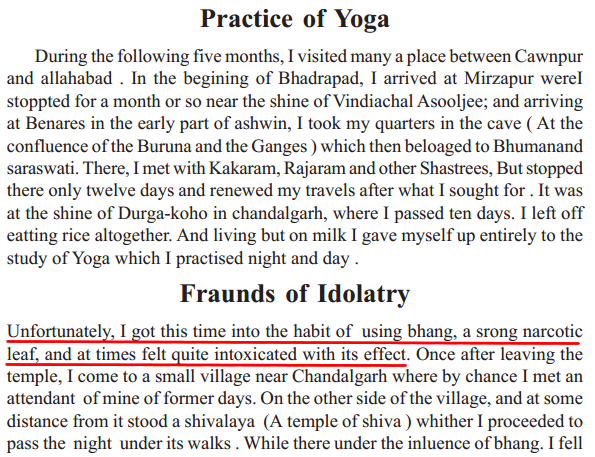 Even 6 years before his death in 1883, Dayanand Saraswati was still smoking Hukkah.

The crux of the matter is that during his entire lifetime Dayanand Saraswati was hooked on to one vice or another be it consuming cannabis or smoking tobacco.

This is the worst account written given by Dayanand Saraswati on marriage, remarriage and other familial issues which promotes illicit sex and is no less than prostitution.

According to Dayanand Saraswati, a 24 year old girl and a 48 year old man forms the best pair for marriage.
Dayanand professes it, but do the Arya Samajis follow it? If they do, then you can think what sort of characters they have. 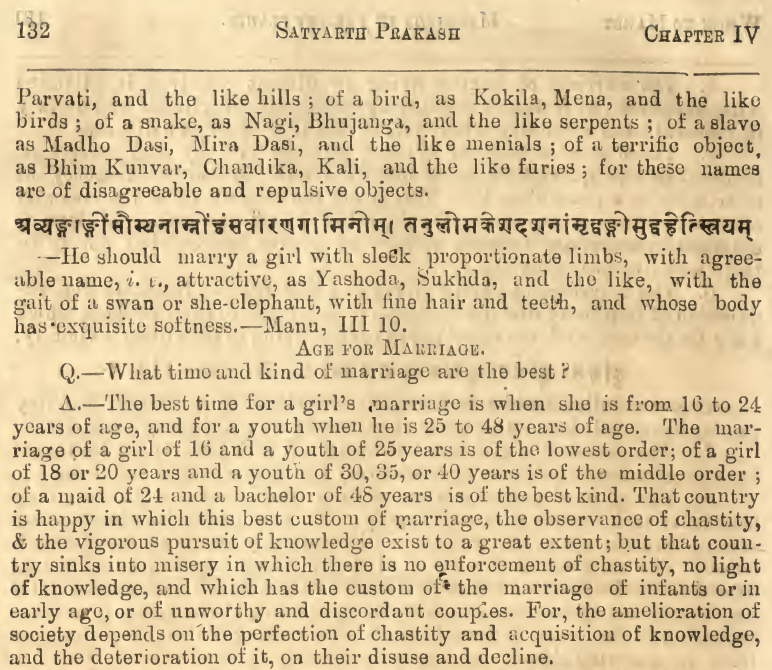 Dayanand professes that if someone’s wife is quarrelsome then the husband should immediately stop contact with his wife and contract “Niyoga” (illicit sex) with another women and have children. Likewise, if the husband is oppressive, then the wife should contract “niyoga” with another man and bear children.

Likewise, Dayanand says that if someone’s husband has gone abroad for a set number of years and hasn’t returned then the wife should have sex with some other man and raise children. Dayanand has quoted Manu in support of his statements. See below. 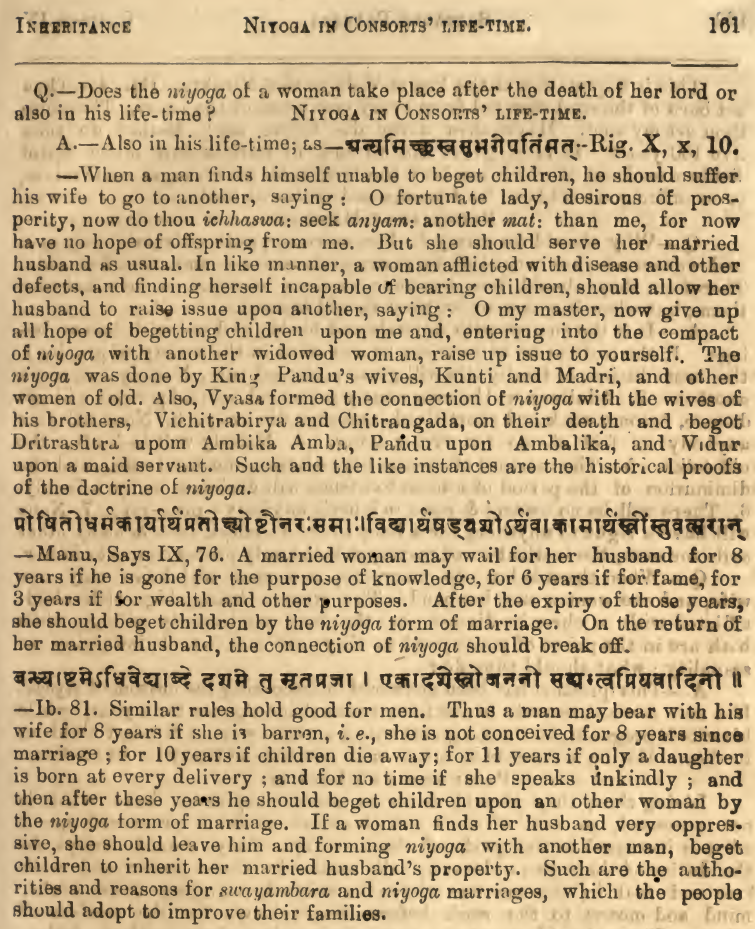 See same reference from another edition of Satyarth Prakash below 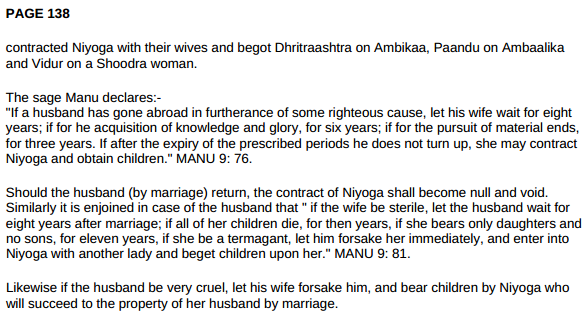 Height of Immorality. How many men can a woman contract through “Niyoga” (illicit sex)

Dayanand has given references from Vedas in support of his statements. The truth is that he could not understand the meaning of a single Ved mantra and hence has written whatever wild dreams he had in his book Satyarth Prakash under the cover of Vedas.

Dayanand Saraswati’s views on Life on Sun, Moon and other Heavenly Bodies

Satyarth Prakash Chapter VIIThis is the most ludicrous account given by a so called saint.
Dayanand Saraswati claims that human beings live on sun, moon and other celestial bodies. There is no explanation needed, readers can read themselves. 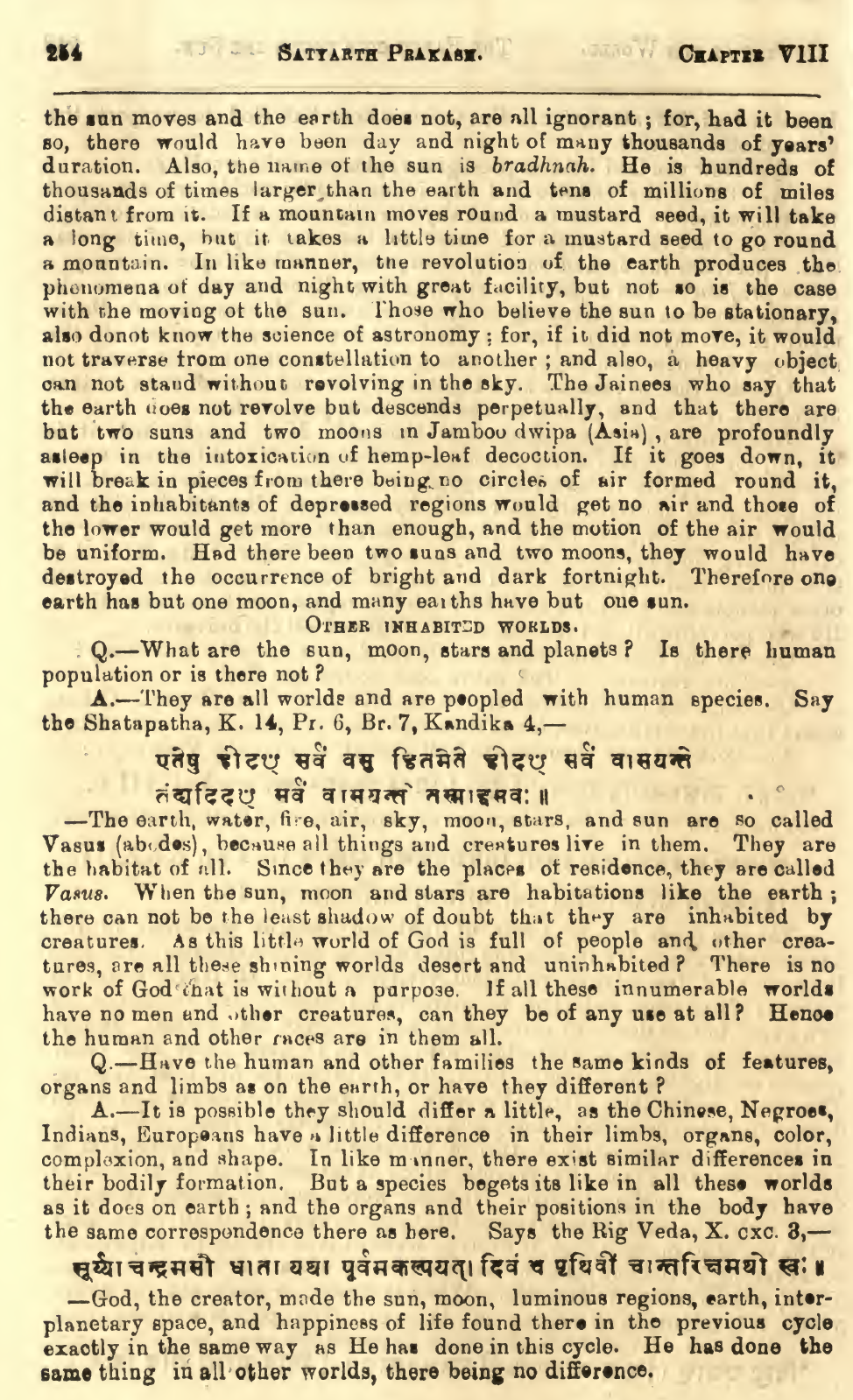 There is plenty more crap in Satyarth Prakash, but to give a taster this is probably enough. Now the Arya Samajis feel hurt by listening to all this. They feel hurt because Sant Rampal Ji revealed all this on national television. If this was all so bad, then why did Dayanand Saraswati write it in the first place.