Revival Of The Memories Of Slavery 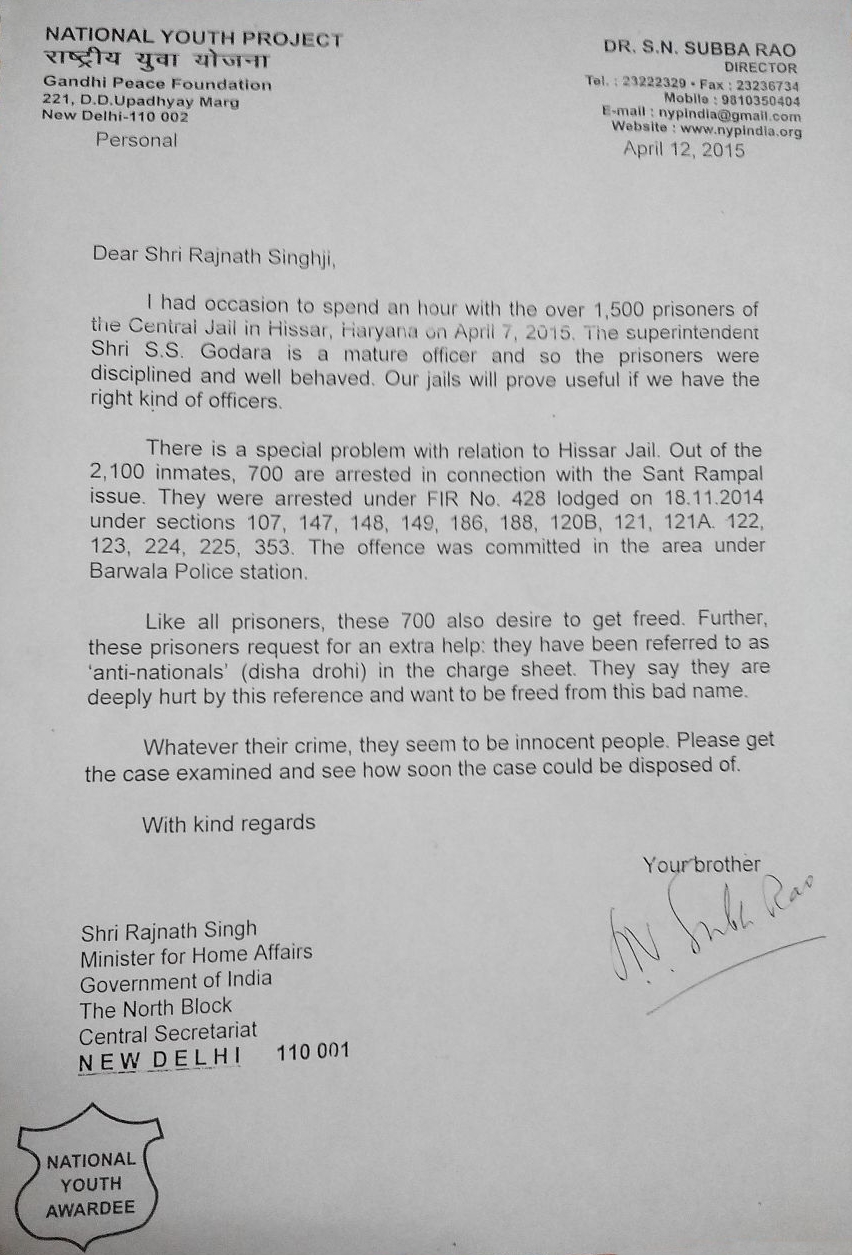 Revival Of The Memories Of Slavery

While addressing the inmates of Central Jail, Hisar, when Noted Social Worker and Gandhian Dr. S. N. Subba Rao, on completion of the programme, raised the slogan of “Jai Hind”, then thousands of people detained in the jail kept calm and quiet.

Gandhian Dr. S.N. Subba Rao asked, “Hey! What is this?”  The people sitting in front told him that we are patriots who raised our voices against corruption, but the Government by declaring “Sant Rampal Ji Maharaj” and us, his disciples, traitors under Case no. 428/2014 Barwala Station (Hisar) has snatched our right to raise the slogan of Jai Hind.

Dr. S. N. Subba Rao said in his address that at the time of British Rule, Gandhi ji had gone to South Africa and fought against the atrocities of the Whites. He said, “On 9 August 1942, a teacher at our school told us that the Whites have put millions of patriots along with Gandhi ji into jail. This anger and the urge to serve the nation inspired me to do all my work from bringing the dacoits of Chambal valley under the mainstream of the nation, to raising the issues of the inmates in the jails of Africa and America.”

Outside the jail, the guardians gave the entire information about the incident and said, “Sir, our children, brothers and relatives are not traitors of the country. Our children have been made to stand in the line of Pakistani terrorist Kasab. Why?”

Gandhian S.N. Subba Rao said, “This cannot happen. An Indian can never be a traitor of the country at any cost.” He assured that he will write a letter to the Indian Government regarding this.

We, The Guardians, Would Like To Ask The Wise Citizens Of India That :–

Regarding the above-mentioned issues, get information with evidence from the guardians of the 950 disciples of Sant Rampal Ji Maharaj who have been detained in false cases of Treason, and “be the voice of your children” against injustice and get us the right to say “Jai Hind”.

The guardians of the disciples of Satlok Ashram Barwala who have lost the right to say “Jai Hind”.