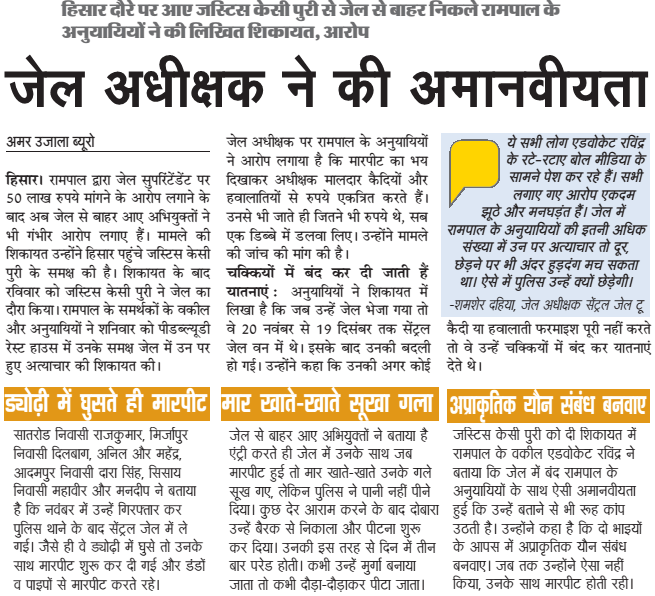 Police heavy handedness is not a new thing and it is a well established fact that the police resorts to inhumane third degree torture during investigations. Similar allegations have been levelled against the police by those who were arrested during the Satlok Ashram Barwala episode of November 2014. This has appeared in various newspapers on 23rd of March 2015.

The “not so strange” thing is that the police is denying it out-rightly. The police chief is now issuing statement that Read More